A lot of people who are seeking or receiving benefits within the workers’ compensation system wonder about how their claim will close. There are several ways that a California workers compensation case can close. The most common way a workmans comp. claim closes is through what is known as a Compromise and Release (or C&R). Under this method of closure, the case is completely settled for a lump sum of cash to be paid to the applicant, with 15% of the amount (or other percentage at the discretion of the judge) being paid to the injured worker’s attorney directly from the insurance carrier. Once the settlement under a C&R is approved by the judge and the money paid to the hurt employee, the claim is closed forever. No more benefits will ever be paid on the claimed injury. This option differs from a stipulation and award and from a findings and award, where future medical care for life is awarded to the applicant within the scope of whatever final medical report is agreed to by the parties or determined by the judge to control the claim. While it is sometimes advantageous to take the medical plan being offered under work comp, most people will ultimately determine to take a C&R and forgo future medical care (or FMC). The reasons for this are various. Each and every applicant and each and every claim are unique, so making the decision should be done with the counsel of an experienced Inland Empire California Workers Compensation Lawyer. 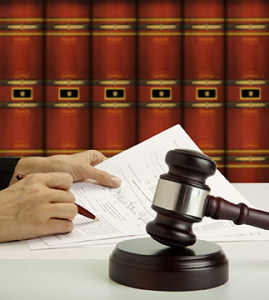 When a claim is denied, the insurance company or the third party administrator is telling the employee that it is not going to pay out any benefits under the policy. Many legitimate claims are denied in California. Those who face a denied case will generally turn to a lawyer to file an appeal at the Workers’ Compensation Appeals Board (WCAB). That attorney will then proceed to obtain the appropriate medical evidence to proceed to trial. At the same time, the insurance adjuster will probably hire an attorney to conduct discovery on the case to determine its strengths as weaknesses. Ultimately, both the applicant attorney and the insurance attorney will be able to evaluate the risks in the case and many times will be able to come to a reasonable settlement that accounts for the severity of the injury as well as the risks of not obtaining the desired benefits. When settlement occurs in this manner, it is known as a compromise, where both parties agree on a value that both can live with based upon the disputes at issue. By entering into a C&R, both parties are able to eliminate inherent risks that come with litigating contested issues at trial. When cases are denied, there are usually contested issues that make a settlement via C&R more appropriate. Remember, always seek professional help for specific guidance in this area. Generally speaking, this type of arrangement is only had when legal representation is involved because absent representation, the adjuster will have little incentive to ever pay anything on a denied case.

Even when a case is admitted, a C&R still might be chosen by the applicant to complete the process. This is because issues of nature and extent might still exist in an admitted case that impose risk upon the claimant of getting less than what they seek. Nature and extent is usually an issue in every California workers’ compensation claim. It involves the question of “how hurt is the applicant.” Nature and extent issues differs from the issue of “did the injury happen at work” questions. When determining nature and extent, expert doctor opinions must be obtained to determine exactly what the nature of and the extent of the injury is caused by occupational hazards. As with all testimony, expert doctor opinions can vary, leaving inherent risk to both sides as to what the payout on a case will ultimately be. In addition, medical reports are open to being contested. When a medical opinion is contested, it could lead to ultimate result of the claimant having to accept a less desirable medical report at trial. In such circumstances, the risk can lead both parties to a compromise in the form of a lump-sum C&R settlement.

Getting Out of the California Workers Comp. System

Another reason for choosing a C and R is to get out and away from the system completely. Medical treatment in these cases is paid for by the insurance or provided on a lien basis by doctors who take the risk of litigating their liens for payment by the carrier. The fee schedule is extremely frugal as well and all requests for authorization are subject to Utilization Review (UR). All of these processes create a system that takes a long time and often leaves patients with the inability to get appropriate and timely care for health conditions that need ongoing and consistent attention. To avoid future struggles, the applicant will often opt to take a cash payment so that their private insurance will provide the treatment that is necessary into the future.

A Rancho Cucamonga, Fontana, Ontario California law practice serves the local communities of the Inland Empire. If you have experienced an on the job condition and need professional guidance, we zealous advocates here to speak with you right here and now! Call to inquire about a free consultation with a knowledgeable work accident lawyer over the phone at no charge to you! Don’t be shy, we have helped thousands get through and out of the claims process and may be able to do the same for you! Get the personalized attention you need and deserve! Call today! 909-962-8415.