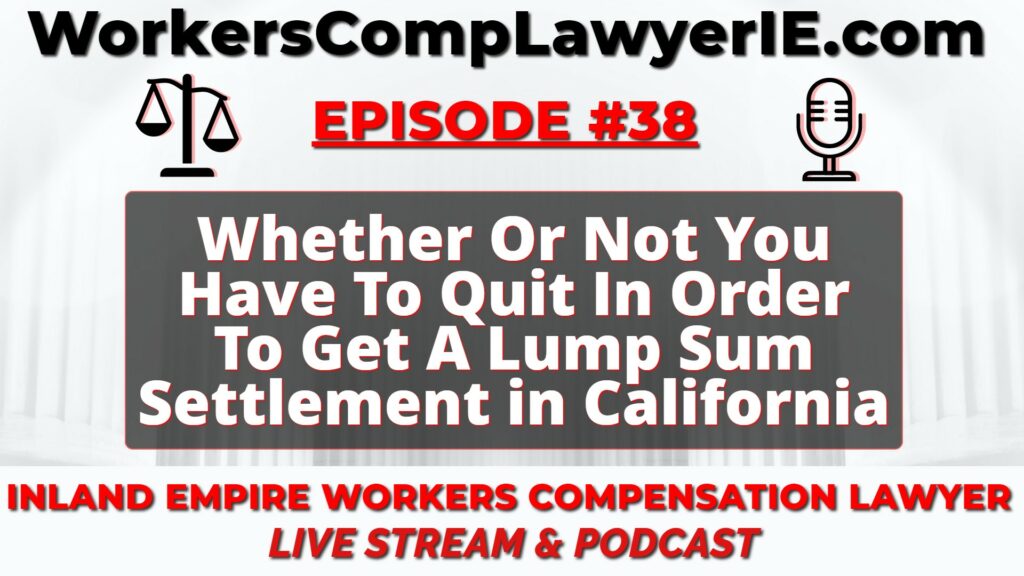 It’s Not Officially Required To Quit For A Lump Sum

So one of the questions that we’re often asked is, do I have to quit my job in order to get a lump sum settlement out of my workers compensation claim? And that’s why we want to cover it on the 38th episode of the Inland Empire workers compensation lawyer livestream podcast. So if you’re a worker out there, what’s the answer to that question, Jorge? Well, most of the time, it is not officially required, because it can’t be, right? The WCAB frowns upon that. But it is requested in the back end, that you resign from your position, resign from your employment, and then also state that you will never try to seek employment with that company ever again, right? In order to get that lump sum.

Getting A Lump Sum When Insurances Companies Change

Now, there are exceptions, Alex. Sometimes, if you were injured on the job. And I’ll give an example. You worked there for five years, and you’re claiming an injury within the last maybe two years. And during your claim, the employer gets new insurance for his business, new workers compensation insurance. So now, in order to be clear, they are no longer covered by the same insurance company that is covering your workers compensation claim. Does that make sense, Alex? Right. So when you get injured on the job, on the day that you got injured, or whenever the injury date is determined to be by the court, that’s the date that your claim arises. That’s the insurance policy that’s enforced on that day, that’s what covers you. So in certain situations, Jorge’s describing where that policy is no longer in play, there’s a brand new policy. And that means it’s a different private company, a different private insurance company that has the risk of going forward, if you ever get hurt again. So if that happens, then maybe the old insurance carrier, they don’t care, because any new injury that happens to you, you’re gonna be on a new insurance company.

Having An Experienced Workers Compensation Lawyer

Yeah, they’re not gonna care, because all they care about is saving money. And they don’t care about another insurance company having to pay out. These are the type of situations Alex, where it really matters, what type of attorney you have, because if they don’t care, they’ll have you sign a resignation. And they won’t even look into it, whether one’s needed or not, or should be had or not, and you’ll have signed it. And now you have no rights going forward on maybe a new potential injury.

When To Call A Lawyer About Getting A Lump Sum

This is a situation where you think at the end of the claim, where you’re ready to settle, and you’re actually capable of continuing to do that job. If you’re a displaced worker, and you can’t go back to work, you pretty much have to resign, I mean, because you can’t do the job. Right? And if the employer cannot provide reasonable accommodation, that is, employers are required to look at the disabilities that you have or perceived disabilities, anything they think that, you know, anything that could potentially be and they provide you with a reasonable accommodation. That’s it for our discussion on resigning, resignations and getting lump sum settlements. It’s clear that you need to speak to a lawyer because every circumstance is different. You need to know if there’s a new insurance carrier, you need to understand what your disabilities are. You need to understand if your employer is providing you with reasonable accommodation or not what your rights are there. There’s a lot to consider before signing that resignation. And it’s important, as Jorge points out, that your attorney knows if you have to sign it or not. So if you’re out there and you are settling your workers compensation claim right now and you’re just unsure about what’s going on. And you ask your lawyer, hey, do I have to sign this? Is there a new carrier on the risk and they won’t answer, you can’t even get a hold of your lawyer to answer that question. It’s time to dial the injury helpline 844-984-8414, get the free consultation and legal advice that you need to make the right decision. That’s all for this episode. We hope that it’s helpful, look at our other episodes for more information on workers compensation or visit our website www.workerscomplawyerie.com or call 844-984-8414 for a free consultation right now. 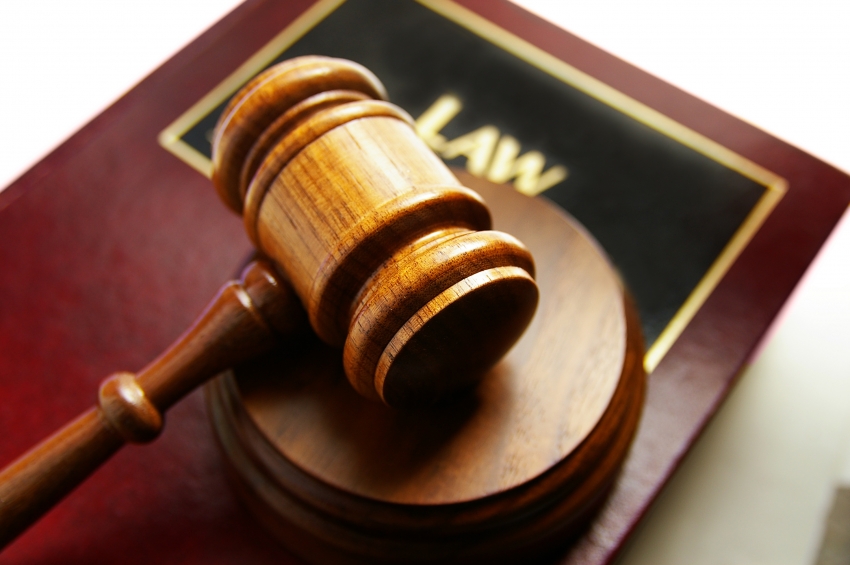